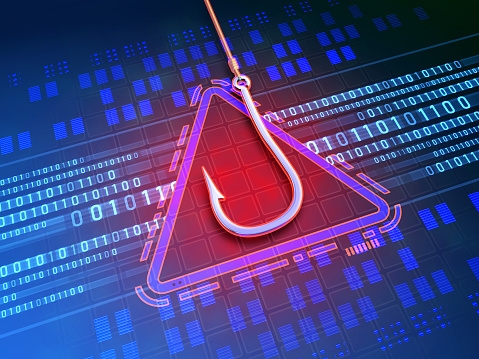 Phishing scams include deceiving the target audience and taking their ids, passwords, card data, and other important account credentials that are too confidential to share. Here, the scammers gather this information using tricky emails and websites. The customers here are convinced that the email is genuine and truly from their respective bank or company. Believing this, the user clicks on the link or downloads an attachment. Once the action is done, the information is shared with the hackers.

It was a Cybersecurity awareness month when Coinbase has passed on the information regarding a large-scale phishing attack. This attack has been said to be affected a large and several users earlier this year.

In a blog post of September 27, Coinbase revealed the duration of the attack. It took place between April and May of 2021. This broad phishing attack has affected more than 6000 customers of Coinbase. Thereafter, Coinbase stated that the scammers and fraudsters have not breached the company’s security infrastructure or broader systems. Furthermore, it also mentioned that the flaws were immediately fixed. They also took care of their clients by working with them in regaining access to their accounts and refunding them the amount lost by them in this attack.

How the Scam Took Place?

Coinbase, in their blog post, mentioned some detailed tactics that were incorporated in the phishing scams. One amongst them is the sending of phishing emails. Here, the scammers used to send phishing emails to the customers in order to gain control of user accounts. These emails claimed to be from Coinbase so that the customer can easily trust them. The emails consist of a link that the users need to click. The moment users click on the mentioned link and enter their credentials related to their accounts, the scammers were able to see that information and credentials along with taking control of the accounts.

The one thing that remains unclear in this scenario is that how the large number of emails and data of the customers of Coinbase was identified by the hackers. However, Coinbase has clearly stated that there is no proof that could state that the information regarding the customers was obtained from inside the company. Furthermore, when asked Coinbase if it could clarify exactly the reason and by what way the scammers gained access to the email addresses of users, the company did not make any clear statements.

Hackers use several tips and tricks to deceive the users, ut still there are several methods through which the user can identify the potential phishing scam and prevent itself from falling into this trap. Falling victim to these scammers definitely leads to the loss of funds and mental peace. And so, it is important to be aware and extra cautious before believing anything online.

Scams 2021 are rising at a greater pace and so the fund recovery agencies have become more active to ensure the protection and fund recovery of the users. Fraud Reports Online is one such fund recovery service that will guide you in regaining your lost funds. Our experts and professional team is well equipped with training and process that will help you in the best possible solutions for your case. Get help now!