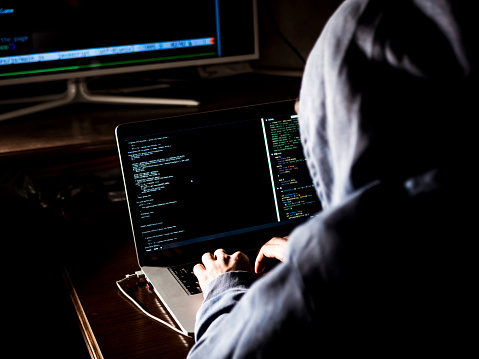 Robinhood Markets Inc., one of the famous forex brokers that provide free trading platforms to their customers, announced the fact that it has fallen prey to a huge cyber-attack. On the 8th of November, Robinhood Markets Inc. published the news on their website in which they claimed to have realized the whole attack on the 3rd of November. Furthermore, it has also been stated by them that the personal information of millions of people has been leaked. Although Robinhood Markets Inc. states that the data of millions of people have been compromised, here is the number of people who have to be worried – 310. Read on to know more about the Robinhood cyber attack.

On Monday, 8th of November, an announcement was released by Robinhood Markets Inc. on their website which stated that they have been under attack by cybercriminals. In this process, they embarrassingly admit that personal information such as the email id of about five million people has been leaked and another two million people have their phone numbers compromised. However, as far as the more sensitive personal information is concerned such as the address, birthdate, etc, Robinhood Markets Inc. claims that only 310 people’s information was leaked with another 10 people having had more information than this stolen. Furthermore, the brokerage firm also claims that extensive information such as bank account details, social security numbers, credit card details have not been tampered with yet.

What is the further proceeding by them?

In the statement published by the brokerage firm, they claimed that the cybercriminals are asking for a ransom in exchange for the stolen information and that Robinhood Markets Inc. is working upon it. For investigation of the incident and the stolen information, they have hired help from outside. Madiant, one of the leading security firms, is investigating the matter along with Robinhood Markets. As far as informing the victims is considered, Robinhood Markets Inc. claimed that they are in the process of doing so and will be giving closure to each and every one of the victims.

What should one do in such situations?

If you are one of those 310 people or have been a victim of such a theft before where personal information has been stolen, you must be very vigilant always. This is because address and birth date are not something that we can change at our convenience. Therefore, before giving in these details on any website over the internet, you must double-check the authenticity of the site and how safe it is to send your personal information. If your email address or name has been stolen you will be bombarded with spam emails from scam brokers and other scammers to trick you into falling into their trap. You must read all the emails very carefully and never click on any links attached below unless you are expecting the email. If you have been scammed, file the complaint with Fraud Reports Online and our experts will get back to you with the best possible solutions to get your money back!